We are offering in-person and telehealth appointments. 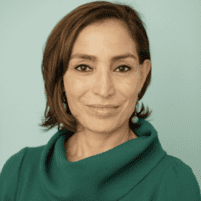 Any individual can develop warts at any time in their lives, and many will experience plantar warts of the foot at some point. At Lenox Hill Podiatry, Dr. Latifi can assist patients throughout New York City, NY using advanced freezing and laser techniques from her office in the Upper East Side.

Warts are a usual condition, particularly on children, and they are very common on feet. Plantar warts are a noncancerous skin growth located on the underside of feet. They are the result of an infection caused by a virus. Several strains of this virus exist. The infection typically affects the uppermost layer of the skin. The warts are not harmful, but they can create some mild discomfort or aggravation. In most cases, individuals want them removed or eliminated because they can be considered unattractive and may make a person uncomfortable showing their feet or hands. Plantar warts are typically pretty small, about the width of a pencil eraser. They can grow larger and also group together in clusters referred to mosaic warts.

How Does a Person Get Warts?

Warts typically transfer in an indirect way. Many times they are spread when a person who has a wart touches or uses something, such as a public shower, without employing the proper protection and then another individual use or touches the same surface. The risk of getting warts in that manner is small, however. A major cause is a weakened immune system. When an individual’s immune system is weakened because of an additional infection or a previous condition, it is much more likely that the person will contract the virus and not be able to fight it off. This is why those who have recently been sick can see warts appearing just after.

How are Warts Treated?

If the wart is not causing the person many issues, it can heal on its own. However, when it causes pain, or the wart has not been resolved for a long time, there are several options used to rid the individual of it. Over-the-counter drugs can be employed initially. However, they usually have only a 50% success rate. These can also take some days or weeks to be effective and work by peeling off the wart. Treatments utilized at the physician’s office include liquid nitrogen therapy to freeze the wart, laser therapy, and surgery. Topical ointments and injections can also be employed to destroy the virus or strengthen the immune system. Regardless of the type of treatment used, it is not uncommon for it to take some time to see visible results. This is because most of the wart is found deep below the surface of the skin.

For any insurance related questions, please contact our office.

Words from our patients